This challenge is a monumental one, with each rider set to cycle a total of 10,504km, all in only 63 days of cycling and the team is seeking sponsorship for the challenge, which is due to start on May 4th.

Once financial backing is secured, the team have the inspirational aim of raising £1m for blood cancer charity Cure Leukaemia and its appeal to fully fund the expansion of the internationally renowned Centre for Clinical Haematology at the Queen Elizabeth Hospital in Birmingham.

Only 39 professional riders have ever completed all three Grand Tours in the same year and it is something that no amateur team or female cyclist has ever taken on before. The team of five amateur cyclists will be riding one day in front of the professionals, mirroring the exact same routes of this year’s famous events.

“After riding the Tour de France in 2015 for Cure Leukaemia I realised the truly transformational work that this charity supports.

Led by Professor Charlie Craddock CBE this charity is helping to change the global understanding and treatment of blood cancer and that is why we are desperate to take on this challenge this year.

“We have done everything we can to make this happen so far but we need significant financial backing to be able to take this on.

We are doing something that no cycling team has ever attempted for a cause that is striving towards a cure for a cancer and we are hopeful that there are businesses and individuals out there who can sponsor our team.”

Chair of the Prime Minister’s Policy Board and former Life Sciences minister George Freeman MP spoke of the importance of Cure Leukaemia’s appeal:

“This is science with the potential to change mankind’s history on this planet by helping defeat cancer.

By backing this Centre for Clinical Haematology and by backing Cure Leukaemia you will be making a direct impact; helping hundreds of thousands of people today to live a better life and avoid unnecessary suffering and death and at the same time hasten progress towards the eradication of this terrible disease.”

The challenge has had no shortage of backing from well-known figures including England football manager Gareth Southgate, West Brom goalkeeper and cycling fanatic, Ben Foster, who plans to join the team for the first stages of the Tour de France, as well as Olympic royalty in Laura Kenny and Alastair Brownlee.

Ben Foster was envious when talking about the Three Tours Challenge, saying, "What they're doing is unbelievable, I probably couldn't do it to be honest. But, I'm lucky enough that I might be able to join in with a few stages of the Tour de France the day before the actual pros do it which will be awesome. I'm absolutely buzzing for it."

The current England football manager Gareth Southgate was passionate in his support for Geoff and the team:

“As a former teammate of Geoff’s I know what a brave and committed player he was and these qualities will have no doubt helped him through his own battle with blood cancer. His fundraising since he beat the disease has not only raised millions but also inspired so many people in the process.

I am in no doubt that Geoff and the team will complete this monumental cycling challenge and raise considerable funds towards Cure Leukaemia’s £1m Appeal so I hope the football community will unite behind this wonderful cause.”

Geoff Thomas, who has completed the Tour de France on three previous occasions and is a Patron of Cure Leukaemia said:

“I would not be here now without Cure Leukaemia and Professor Charlie Craddock, it is as simple as that. Beating blood cancer was my biggest ever challenge but in terms of sporting challenges this will be beyond anything I have ever taken on.

We can train and prepare as much as is needed but we need support from the sporting and business world. I hope that there is someone out there who can back this challenge because I know how important the cause is that will ultimately benefit.”

The Three Tours Challenge team aim to help Cure Leukaemia raise the additional £1m to fully fund the expansion of the Centre for Clinical Haematology, a transformational development that will double its capacity for patients, clinical trials and specialist clinicians. Not only will the expanded Centre immediately save more lives but it will also hasten global progress towards finding effective treatments for all blood cancers within twenty-five years. The £3.5m project has already received £2.45m from local government and Cure Leukaemia must raise the additional funds by 31st December 2017.

Provided the challenge receives financial backing it is still possible for keen cyclists to join the team for part or all of the challenge. For more information email: pmrevents@outlook.com

Donations to Three Tours Challenge can be made here and would be gratefully received: https://www.justgiving.com/fundraising/3tours

Just How Crazy is it?

That’s 7.5 times the height of Everest

Training alone will consist of: 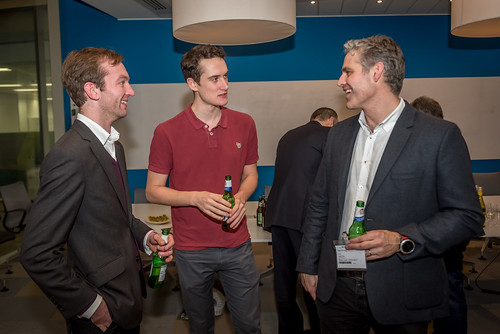