It was another memorable Great Birmingham Run in 2016 and, as ever, we have some exclusive videos & photos for our runners to treasure completey FREE! Take a look at these below - we will have further photos later in the week. 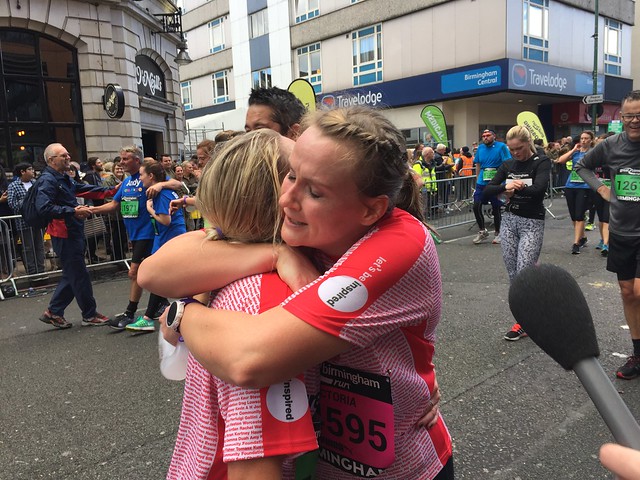 This year we filmed many of our runners as they crossed the line - can you spot yourself here?

The first of our inspiring finish line videos features one of our first-time runners Elizabeth 'Dutch' Cunningham who ran her first half marathon in memory of her father James. To donate to her page click HERE

First time runner & medical student Amy Thompson took up our 8-week training challenge to run the Great Birmingham Run for the first time. Amy's mum is in remission for leukaemia and she also wants Professor Craddock's job one day! To donate go to: HERE

In October 2014 18-year-old Brooke Evans was being treated for leukaemia - 2 years later she ran her first Great Birmingham Run to raise funds for Cure Leukaemia, this is her story. Click HERE to donate

Tom Payne has raised nearly £5,500 for running the Great Birmingham Run in memory of his father Andy. Andy's story was the inspiration behind our #BeInspired campaign for the Run this year and sadly he lost his brave battle with acute myeloid leukaemia in July.
You can still make a donation to Tom's page HERE

If you have been inspired by the stories above and would like to run for Cure Leukaemia in 2017 click HERE to enquire about places for the Great Birmingham Run and inaugural Birmingham International Marathon on Sunday October 15th 2017.